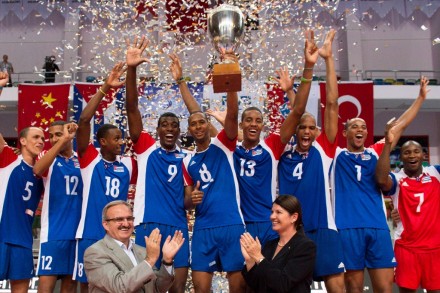 Cuba achieved the second win against Turkey in three matches in their history after two meetings in Pool F this season. Both teams booked one 3-1 victory in the intercontinental round. Turkey was the only nation that managed to beat Cuba in this year’s World League.

Cuba’s captain Rolando Cepeda led the match scorers with impressive 28 points which is the second best scoring performance in group 3 finals followed by Santiago Uriarte 22. Opposite Toy Metin contibuted 17 for Turkey as best scorer from his side followed narrowly by Togray Dogan 16.

Ivan Zaytsev is very much an Italian...

Getting to know: Ivan Bošković