Brazilian star decided to leave his country one more time and from now on he is a player of Drean Bolivar. 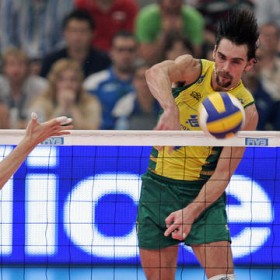 Giba is one of the most popular volleyball players in the world. He is the leader and captain of Brazilian national team, which already has achieved everything and won every possible tournament in the last ten years. Now Giba is 36, but he is still going to continue his career. After a few years in European Leagues (for example Cuneo and Iskra Odincovo) he returned to Brazil in 2009 and was a star of Pinheiros São Paulo.

Now his transfer has been confirmed and Giba signed a new contract in Argentina, with Drean Bolivar. Team of Javier Weber is one of the strongest in their league. Therefore Polish fans can cut out any rumors about Brazilian superstar joining PlusLiga, which has been circulating for a while, but it was obviously just “wishful thinking“.