Sarmiento Santana Textiles defeated UNTREF Voley in a very even game 3:2. Ricardo De Paula was the top scorer with 25 points, Santiago Darraidou had 21. WorldofVolley brings you the latest volleyball news. 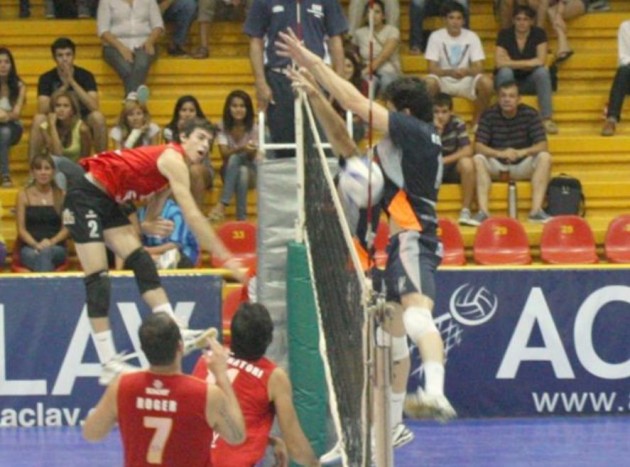 UNTREF quickly took the lead in the first set and came to the first tehcnical time out with a 4:8 lead. Hosts reduced the gap by the second 14:16. Sarmiento made two errors in the end and the visitors took the set 23:25.

The second set was very even until the end, when Sarmiento made two points to win 25:22.

In the third, the visitors were more concetrated. The played good defence and won the set 17:25.

Sarmiento started better in the fourth, leading on both tehnical time outs 8:6 and 16:10. The visitors had no answer, and the hosts won 25:18.

Tie break was a battle of two very focused teams. UNTREF was leading 10:11, but Sarmiento managed to win with a great defence and mistakes from their rival 15:13.

Ricardo De Paula was the top scorer with 25 points, Santiago Darraidou had 21.