Argentina: Time to host the third Grand Prix of the ACLAV A1 senier women league for the national junior women team

The third Grand Prix of the ACLAV A1 Senior's Women A1 League will take place in the host city of the national Junior team coached by Guillermo Cáceres will face the leader of the competition and title holder, Boca Juniors; San Martín de Formosa and Estudiantes de Paraná. 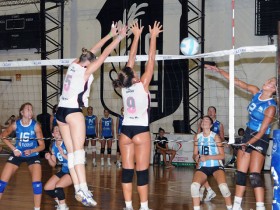 On Friday they will face Estudiantes, where the younger team already showed growth winning one set. On Saturday, they will face the champions, Boca – team that has not lost a single set up to now during the season closing on Sunday vs San Martín.

All three matches, that will be played at 9.00 include at the National team, junior and youth players on their goal of growing towards their 2012 South American Championship that qualifies for the 2013 World Championship.