WL M : Everything is ready in Mar del Plata

The Finals of the 24th edition of the world’s premier annual men’s volleyball tournament will be held from in Mar del Plata, Argentina from July 17 to 21, 2013. 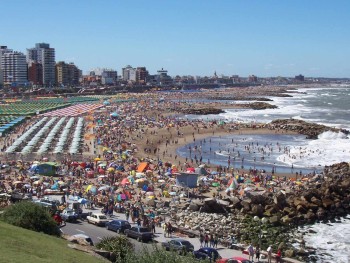 The World League Finals will take centre stage in Mar del Plata, one of Argentina’s top beach resort towns. The World League Finals will be held at the Estadio Islas Mavinas. With a seating capacity of 8,000, the Estadio Islas Mavinas of Mar del Plata is a regular facility for volleyball competition. The arena was built in 1995 for the 12th Pan-American Games. It hosted the Men’s World Championship in 2002.

The Finals will feature the top two teams from pools A and B, the winners of pool C and the host nation. The organizers, Argentina, are automatically seeded in Pool D as number 1.

* If Argentina qualify for the semifinals, matches may be inverted if necessary so that Argentina play the second match of the day.