The Romanian volleyball player, Bogdan Olteanu, was elected the MVP of the final match. 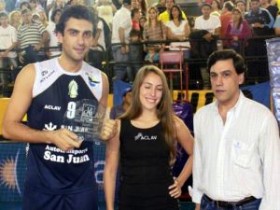 The receiver of UPCN fulfilled his desire to win the title.

“All I want is to win the title and lift the cup,” said the Romanian after the semifinal series against La Union de Formosa.

In the match on Saturday night he scored 25 points and on Monday 20 points. He showed excellent performance in reception and block and was elected the best player in the league. He was also the best player according to the fans who supported him and cheered his name.

Oltenau was very surprised when he heard that he was elected the MVP. His teammates were happy for his success and greeted him with a tap on the head. He became the symbol of the club that won the championship.