This Saturday, the U 23 Women Argentine Team, in charge of representing the country in the first historical edition of this grass-root Pan-American Cup to be held September 3rd - 8th in Lima, Peru left Argentina after concentrating at Cenard facilities during several weeks. 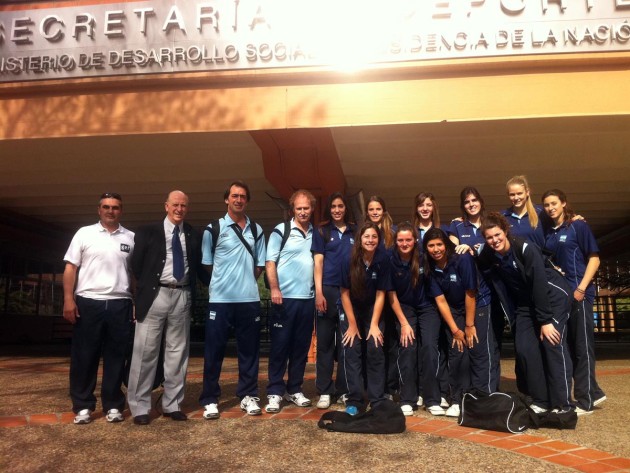 Among the players will be absent Josefina Fernández, due to a fracture in one of her hands while Mariángeles Cossar is working with her team, Boca Juniors at the South American Clubs competition.

Argentina will face a competition with a very demanding first round in Pool A facing Cuba, Brazil and Colombia. “It will be a very hard but outstanding experience for the girls towards the South American Juniors’ Championship. We face a very hard pool but we trained very good and now it will be the time to test the output of the girls” said the coach Horacio Bastit.

On the other Pool, B stand the host team of Peru, Costa Rica, Dominican Republic and Canada. The best three of each pool will qualify for the next phase with the leader of each pool qualifying directly for Semi-Finals while the second and third ranked teams fighting for the other two semi-final berths.

The competition will take place at Coliseo Miguel Grau del Callao, outside Lima with the first round taking place between Monday, 3rd and Wednesday 5th. Second and third ranked teams will play quarter-finals on Thursday 6th while semi-finals will be on Friday, 7th and final matches on Saturday, 8th.