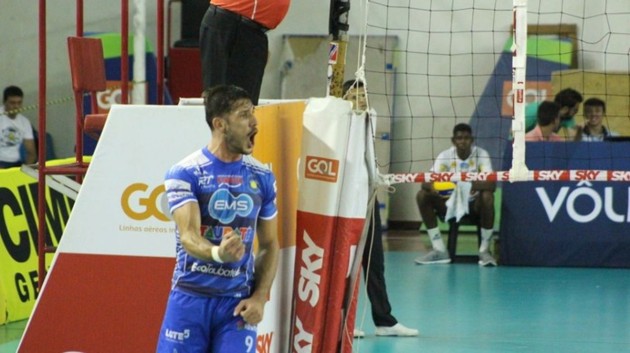 Bolívar lost an opposite Demián González, who will continue his career in Brazil, but one player went in the opposite direction.

According to Santiago Gabari from Voley Plus, Bolívar agreed to terms with Lucas Madalóz, a backup opposite from EMS Taubaté Funvic.

A 22-year-old player showed a lot of potentials while competing for Brazil national team youth categories as he was chosen Best Opposite of the 2014 Junior South American Championship and MVP of the 2015 Junior Pan American Cup.

The official confirmation of the transfer of Madalóz is expected soon.