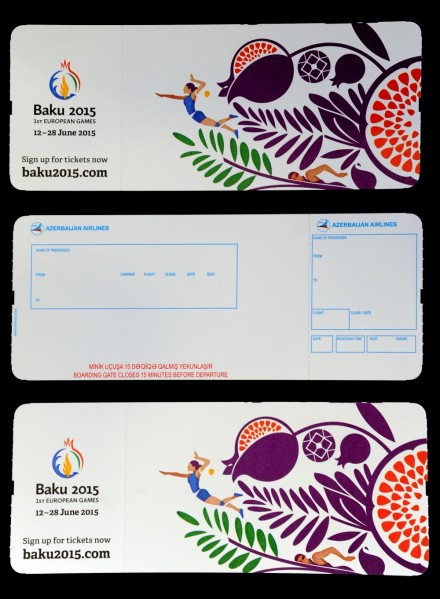 The colourful Baku 2015 logo and sport images will adorn more than 800,000 of the airline’s boarding passes between today and the finale of the European Games in June 2015.

The passes will be used on both domestic and international departures on flights leaving from and arriving into Baku Heydar Aliyev International Airport, as well as Nakhchivan and Ganja Airports.

The passes will be used on flights to all internal destinations, as well as a variety of international locations including London, Milan, Rome, Beijing and New York City.

Azerbaijan Airlines is an Official Partner of Baku 2015 and will feature the European Games on the airline’s in-flight movies and magazines to help increase awareness with an international audience.

CL M: Skra has chance for earlier qualification to Playoff round

CHALLENGE C M: Unirea’s opposite – “Captain told us we must lose, club has no money for next stage!”

If Baku is organizing the European Games, does that mean that one day they will become the member of EU? Isn/t it strange that one country so far away makes part of CEV and european volleyball?