CHALLENGE C M: Unirea’s opposite – “Captain told us we must lose, club has no money for next stage!”

Many clubs have withdrawn from the Challenge Cup or CEV Cup this season, but what happened in the match between the two Romanian clubs was totally unprofessional. 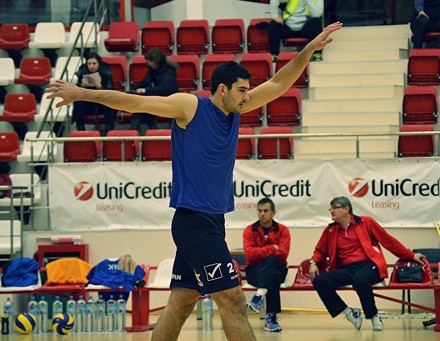 CS Unirea Dej and CS Dinamo Bucuresti played the second leg of the Challenge Cup last night. Dinamo won the first match in straight sets, Unirea did the same in the return match. The Golden Set had to decide the winner, but it was decided before that, according to Serbian opposite from Unirea, Uglješa Ilić.

“…This has not happened yet during my career… and I think I didn’t deserve it. I’m still under the impression, and I can’t believe I experienced such a humiliation. I gave my best … but to my deep regret, I couldn’t deal with what happened to me at the game tonight…, started his confession on Facebook Ilić.

“After we lost the first match of the Challenge Cup against Dinamo in Bucharest with 3-0 and after a big fight, and extremely well-deserved victory in the second leg, also with 3-0 and with the ability to place ourselves in the next round of the competition, before the Golden Set, the captain approached to me and my teammate Danilo Mirosavljević, as the only foreigners in the team and said the following: ‘Guys, we play and we try, but we have to lose in the end because the club has no money for the next stage of the competition. Or we can win, but then there won’t be the salary for the January and the club doesn’t want it, they want to show respect to the players”, added Ilić.

“Danilo and I looked to each other with disbelief what we have just heard. After that, my second reaction was, of course, that I’m willing to give up a salary for the sake of the placement in the next phase and I believe Danilo’s too, but apparently we were the only ones who thought so. It could be noticed in the continuation of the match and the substitution of my teammate Danilo at the half of the Golden Set… What more can I say, I think everything is clear… “, finished Serbian opposite.

We remind that any club that withdraws from the Challenge Cup or CEV Cup during the competition will experience the fine from the European Volleyball Confederation (CEV). There are no penalties for those who withdraw before the start of the competition.

What importance does CEV Challenge Cup have?

Better to lose game and have money! They live with that money, and what they get if they go to next round? Maybe if they loose in next round, they will be with no money and no games

Exercises that will increase your vertical jump...