Zoran Gajić started his second Baku campaign with a win in big derby. Rabita just crushed Lokomotiv on the road! 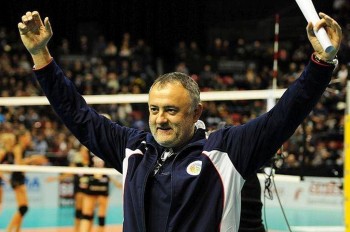 Only the first set was close, but Rabita managed to win in on point difference 27:25. After that, it was a one-sided match. In the second set, squad led by Zoran Gajić had 8-7 lead at the first TTO, then they increased it to 16:13 until the second one, and finally made a strong finish of the set – 25:16.

AZE W: Another American in Rabita