Leandro Aracaju plays for SESI and Brazil's Youth team. He speaks of his career and the Brazilian Superleague. WorldofVolley brings you the latest volleyball news. 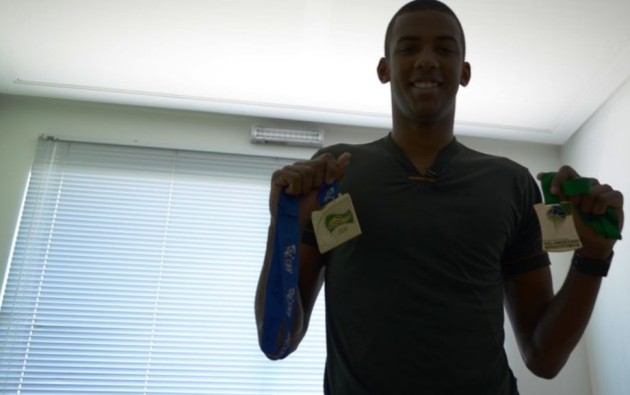 When he was younger, Leandro Aracaju trained for a footballer goal keeper. However he grew two meters high, and chose to embark on volleyball.

“My parents were a big influence, the two were playing volleyball, and I wanted to do the same. I started playing in school where I was studying. Scouts saw me, and I ended up being taken by SESI four years ago. It’s a great group. They are fantastic, make me grow a lot and help me. Sometimes they mistreat me a little (laughs). They made several hoaxes: cut my hair, and so on. We are currently in the third place of the Superleague. But our big goal is to win this important title in 2013. We will fight for it“ Leandro Aracaju said.

He also plays for the Brazil‘s Youth team.

The goal for 2013 is to win the World Championship, which will be held in June in Turkey. Another goal for the future is to achieve the chance to join the senior national team and compete in the 2016 Olympics in Rio de Janeiro.

“I know that playing in Rio de Janeiro will be a little difficult, because of my age, but it never hurts to dream, I’ll fight for it and keep fighting for my space. Being away from home, away from family, parents and friends is very hard, but I’m here in Sao Paulo fighting for a higher purpose, and I will work to accomplish it.“