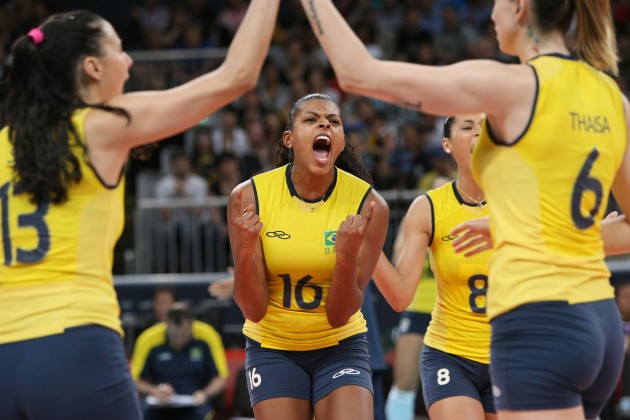 Jaqueline was the top scorer of the final game with 18 hits. “I never did so much attacking as I did that day. I felt blessed. I trusted every attack and it worked. The group was very strong at all times and, despite the difficulties, we are the double-champions“.

Brazil took the second place of the 20th edition of the Grand Prix. The United States won a third consecutive title. The Americans were unbeaten champions. It was the fifth title of the Yankees in the Grand Prix. Brazil continues to be the biggest winner of the competition, with eight victories. In this edition, the Brazilian team finished the tournament with 12 wins and two losses, just to the United States.

“It was important to participate in the Grand Prix. This competition was a test for the Olympic Games. We played against teams that we faced later in London. A defeat by the United States in the Finals by 3 sets to 2 serves as an example. We lost that championship game“, said Jose Roberto Guimaraes.

BRA M: Sesi stayed without one of...

Brazil: Giba to have surgery to get...