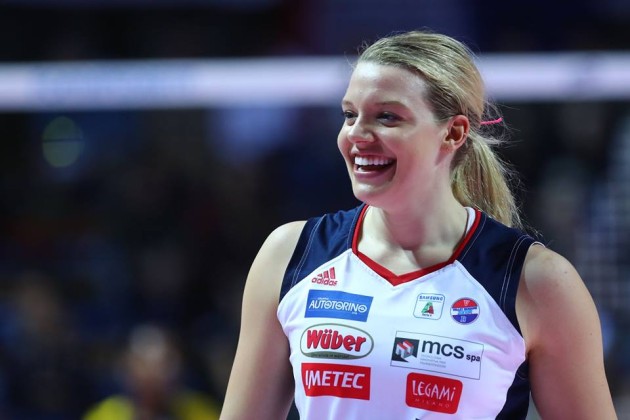 Flamengo, who earned a promotion to the 2019/20 Superliga by winning the silver medal in Division 2 last season, contracted U.S. national team member Hannah Tapp. She is coming to the Rio de Janeiro team from an Italian side Zanetti Bergamo.

A 24-year-old middle blocker has just won the Pan-American Cup with her national team, being selected Best Blocker of the tournament. While playing NCAA with Minnesota Golden Gophers, Tapp was named AVCA All-America First-Team in 2015, which is the college dream team.

Interestingly, Hanna’s twin sister Paige is also a professional Volleyball player and a member of the U.S. national team.

The club renewed contracts with opposite hitter Angelica Caboclo, outside hitter Jessica Silva and middle blocker Nandyala Gama. Flamengo rewarded the head coach Alexandre Ferrante for promoting the team in the Superliga with a new contract as well.

WCH U20 W: Italy and Japan are through to final after thrilling semis