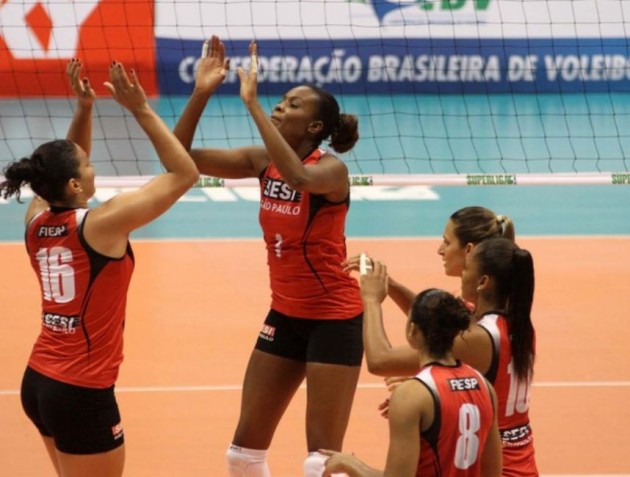 The performances of inspired Neneca and coldness of Ananda contributed to one of the best early games for the team coached by Rogerio Portella. Rio do Sul closed the first set without ever getting behind on the scoreboard. In the second set, Sesi-SP managed to balance the actions, and the game was more even, but still, the girls of Rio do Sul, more confident, improved down the stretch and won by 25:21.

The emotional upset and the score came in the third set, played point by point. Team from Santa Catarina had a chance to close the game four times. But Sesi-SP managed to save four match points. Four key moments that were crucial to the game. The set won by 31:29 was an indication that the spirit of victory had changed sides. It was 25:18 on the scoreboard for the host in the fourth set.

The game went to a tie-break. Without difficulties and with high morale, Sesi-SP closed the game 15:8. The highlight was the performances of Dani Lins, Bia and Tandara.