The financial crisis caused by the coronavirus pandemic affected many clubs. One of them is the club that has been a candidate for the title in the Brazilian men’s volleyball championship for many years – Sesi-SP. 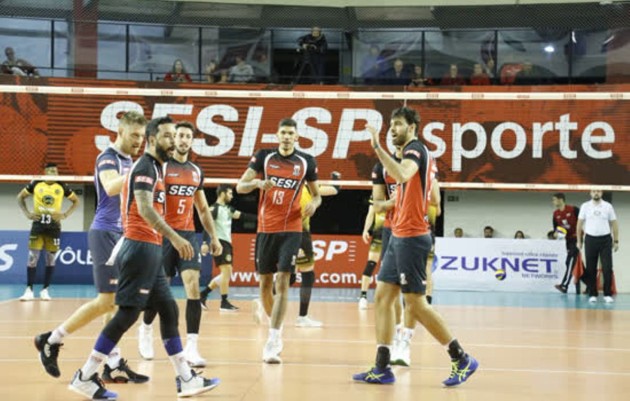 Due to lack of a budget, Sesi won’t have the senior men’s team in the next season, media in Brazil reported!

The São Paulo club, current champion of the Copa Libertadores, has informed all of its players they are free in finding new teams for the 2020/21. Sesi’s management considers the possibility of continuing the project without professional athletes in the squad. However, the possibility of competing in Superliga Masculina with a squad formed only with the players from the base categories isn’t certain at this point.

This means that even players with whom the one-time Brazilian and South American club champions renewed contracts are free. In this list are the Olympic champion Éder Carbonera, Lucas Barreto, Lucas Lóh, and Victor Cardoso “Birigui”. The reinforcements, such as Thiago Veloso “Thiaguinho”, will return to the market. From the last season’s roster, Sesi had already lost Alan Souza (Sada Cruzeiro), while William Arjona has an offer from Fiat/Minas. Sidnei dos Santos “Sidão” announced ending his career.