UFJF had to match points against SESI SP, but SESI managed to save them and win in a tough match 2:3. In the next round UFJF meets Sao Bernardo, SESI plays against the leader of the Superliga, RJX. 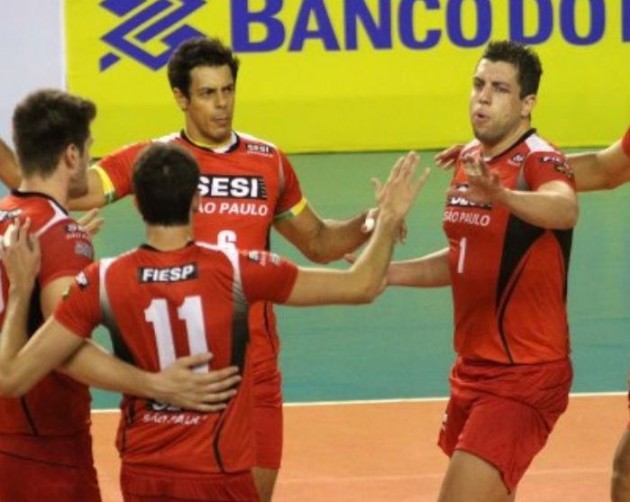 The home team showed from the beginning that it would trouble the favorites. UFJF managed to impose their game and won the set by 25/21.

In the second set, Sesi-SP recovered. Started to take more chances and got some points on errors of the opponents, but shone in blocking. In the end, they shut the partial 21/25. UFJF returned to impose itself in the third set and, with ten points on errors mad by their rivals, won by 25/22.

With the obligation to win the fourth set to stay in the match, Sesi tried hard from the beginning and managed to force the tie-break on 21/25. In the last part, UFJF even had two chances to close the game, but missed. Then Sesi closed with 16/18.