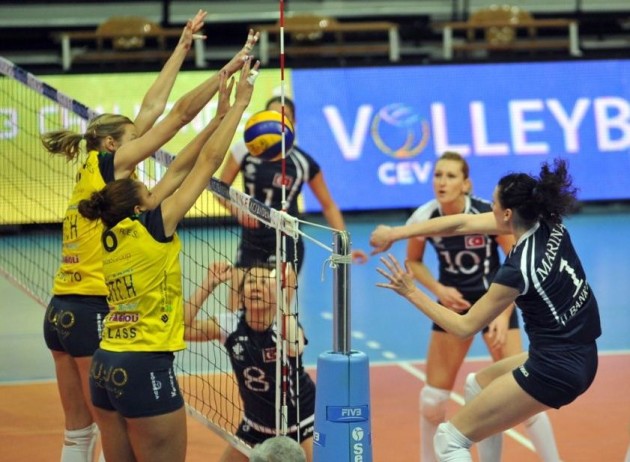 It was knows for days that Modena played this game not to be penalized by CEV for the withdrawal from the competition. Everybody knew that Modena will probably lose this game.

Modena easely won the match, except for the second set. But then came the Golden set which was bitter to everyone in the arena. Ankara won, it was known for days. Modena started with 3:1, but then made outrageous errors and gave the match to Ilbank.

This is how Volley Modena finished maybe their last evening, with tears and embraces.