BRA M: Dante – “At this level we have to make fewer mistakes“ 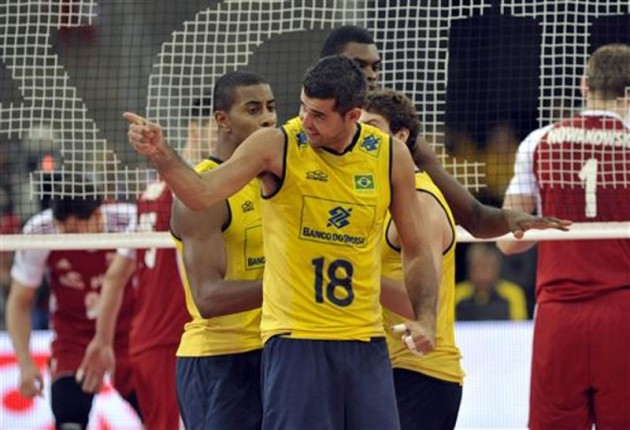 Dante Amaral against Poland in Lodz

“This match was very good for us, because we won it. I think it was an amazing spectacle with so many fans in the hall“, Dante Amaral concluded after the meeting on Sunday, “In the tie-break we played well from the start. A series that we have on the block helped us. Unfortunately, we still made too many mistakes in the game.“

There’s a reason why 32-year-old Brazilian spoke of mistakes, because his team made about forty of them, giving the opponents two sets.

“When you play at such a high level, you have to make fewer mistakes, because in the end it will revenge you and you will lose. After all, it is good to win when you play like we did today, committing so many mistakes“, the receiver admitted.

“We started preparations recently, just two weeks ago, and we have some new, very young players, so it is justified“, Dante said when he was asked about the reasons for such an avalanche of mistakes, “The next weekend, when we will play in Argentina, these errors won’t happen again, I’m sure“, Dante summed up with a smile.

To read more about this competition click on World league 2013.