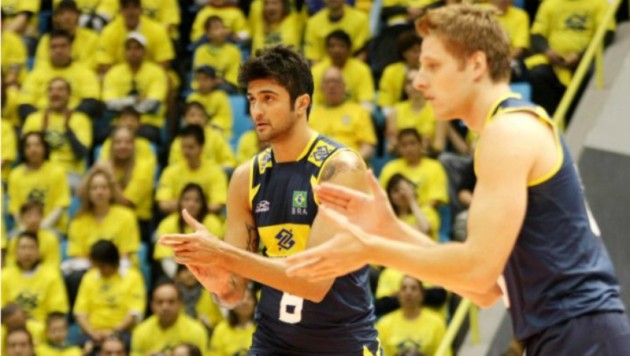 Vissoto and Murilo will not arrive to RJX?

In fact, the winner of the Brazilian Superliga 2012/2013 is looking for an investor in principle.

The former sponsor, the OGX company has financial difficulties and there is no clarity whether they will finance the Carioca’s favorite club in the 2013/2014 season. Runners-up from the London Olympics Lucas Saatkamp and opposite Theo had already left the team and Dante Amaral is reluctant to extend contract. He has offers from several Brazilian ane European clubs.

It is already known that Lucas has signed a contract with the club Sesi-SP, who received financial injection for the new season in the amount of 2,500,000 euros.

Theo goes to Italy, to the the Serie A1 club Castellana Grotte.

Superliga champion is negotiating with Murilo, Leandro Vissotto as well as with Giba.

To read more about newcomers in the leagues aroud the world click on Transfers 2013.