Gold medalist for Brazil in 2004 Olympics in Athens, André Heller is the captain of Campinas since the appearance of the team. 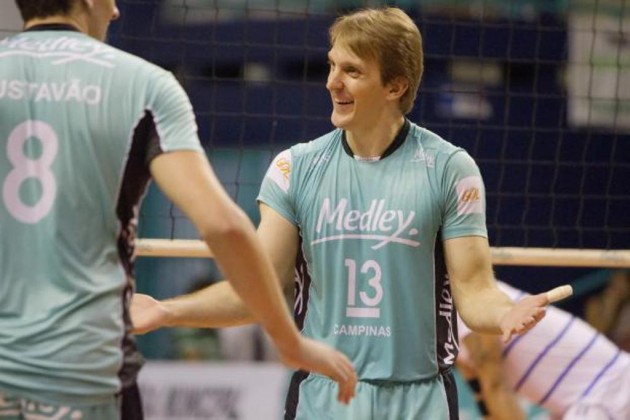 Adapted to the city and identified with the crowd, the 37-year middle blocker thought of retiring from the court after the team lost sponsorship at the end of last season. The arrival of a new investor changed his mind and gave continuity to the victorious career.

“I was going to leave the court, not to play anymore. I was determined to retire. But I won’t leave Campinas, I love the city, I adapted and my family is adapted. From here I’m not going anywhere. I was adopted by the city“, said the captain.

Before loosing sponsorship Campinas was Paulista vice-champion and reached the quarterfinals of the Superliga. The players were upset over the team’s future.

The new coach of Campinas is Alexandre Rivetti, who was assistant coach last season. The club was reinforced with two new players – João Paulo Tavares and João Paulo Bravo.