Natalia, was exposed because of doping, but unfairly. The receiver was the target of a mistake from the Laboratory for Technological Development and Support (Ladatec). 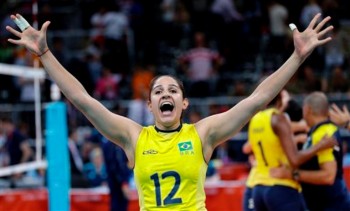 According to information from the newspaper “O Globo“, the concentration of the 16-OH Prednisolone was below the limit and therefore it is under the law, although there was an accusation that it exceeds the number allowed. The reporter Luiz Correa Meyer was responsible for pointing out the error, based on a report prepared of laboratory itself.

After being caught in error, Natalia came to meet 30-day preventive suspension which would now be dismissed. She received an apology from the Superior Court of Sports Justice.

At the time, Natalia took the exam without requiring retest and revealing that she needed drugs to treat an asthma.

The error concerns because (Ladatec) is licenced to perform the analyzes at the World Cup 2014 and at the Olympics 2016, both in Brazil.