In the hall Poliesportivo of São Bernardo (SP), was held a good confrontation between BMG / São Bernardo (SP) and SP-SESI, in the fourth round of the tournament of Superleague men's volleyball 11/12 ,in which the guests were better. Even with the absence of a pointer Murilo spared because of abdominal pain, SESI-SP won with3:1 in sets in the game (25/20 19/25, 27/25 and 25/23) at 1:53h. 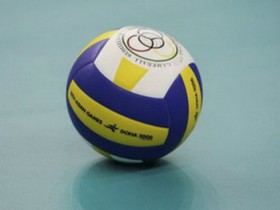 The pointer of SESI- SP, Léo Miner, had an outstanding performance in and out of court with the trophy VivaVôlei. “I think the experience factor made a difference in this game. From the Championship, it was very difficult to deal with the BMG / São Bernardo. Their team scores well, but today, we are much more tranquil. The whole team is to be congratulated, “said Léo Miner.

The pointer of BMG / São Bernardo, Rogério Mineiro, failed to take the victory, but he played well, being the best scorer of the game with 21 hits. The coach of the team of ABC Paulista, Rubinho, was not satisfied with the performance of the team.

“We have made many errors today. The errors from the service are always bad, but the most embarrassing were the unforced errors, such as ball in out and touching the net. And in the game like this, we can give many points to the opponent. Now we have to correct and improve for the next matches, “said Rubinho.

With the victory, SESI-SP assumed temporary leadership (34 points), since the round will continue this Wednesday (08.02), with the other five games in Super league for men. While other teams will play tomorrow, SESI-SP and BMG / São Bernardo already think about the next round.

In the fifth tournament, the team of the capital city will welcome Londrina / Sercomtel (PR) in the hall of Vila Leopoldina, São Paulo (SP), on Saturday (11.02) at 17h. The of ABC Paulista goes to Volta Redonda (RJ) to face the hosts,in the hall São João ,on the same day at 19h.

The opposite Wallace opened the scoring for the visitors. The game started well balanced to the first technical timeout ,when SESI-SP won with8/6. Unsatisfied with the result (10/8), the coach of BMG / São Bernardo, Rubinho , requested timeout. From there, the team of Vila Leopoldina plyaed faster, and turned the result on the scoreboard, with the ace of Sidão, pointing with 19/11. After being behind with 21/13, BMG / São Bernardo reacted and won 22/18. But with the block of Sidão, the team of SESI-SP scored with 25/20.

With a good passage of the center in the service and a good performance of the block, São Bernardo of Campo in the second set started well and opened the advantage 7/2. The team led by the coach Rubinho followed well and made the score. With the attack of opposite Renan, BMG / São Bernard won 16/11. The hosts gave no chances to the opponent and won the second set with 25/19.

The third set started better for the SESI-SP. With Japa in the attack, who played instead of Diego in the second set, the team made the capitulation with 3/1. With the central point of setter Isac, BMG / São Bernardo intensified the game with 4/4. Withth blocks of the opposite Wallace, SESI-SP opened the third advantage: 12/9. When the team ABC Paulista and narrowed the difference in the result to one point (15/14), Giovane requested timeout. The balance continued, with 21/10 for SESI-SP already in the final set. The set was tense with the result of 24 points and, with the ace of Léo Mineiro ,SESI-SP pointed with 27/25.

With Renan, BMG / São Bernardo opened the scoring in the fourth set. The team still had 8/7. The game continued in this tempo, with little difference in the result. In the middle part of the game ABC Paulista won with 16/14. With the error of BMG / São Bernardo, the draw has happened in the final set: 20/20.With the block of Sidão, SESI-SP went ahead on with 22/21 and then finished the set with 25 / 23.

The round will be completed on Wednesday

After the completion of the game, between SESI-SP and BMG / São Bernardo, the fourth round of tournament will be completed this Wednesday (8.02). The first battle will be between UFJF (MG) and Volta Redonda (RJ), at 17.30 at the hall Tupinambás in Juiz de Fora (MG). It will be broadcast live on Sportv .

At 20h, Londrina/ Sercomtel (PR) will have the duel with S Sada Cruzeiro (MG), in Clube Olympico in Belo Horizonte (MG). And also at 20h, O RJX (RJ) will receive the champion Cimed / SKY (SC) at 20h, in the hall Maracanãzinho in Rio de Janeiro (RJ). It will be broadcast live on Sportv.

The players who entered the game: Baiano, Alemão and Ruan

The players who entered the game: Jotinha, Léo, Japa and Rodrigão

THE FOURTH ROUND OF RETURNO

Italy: The 60 years of Velasco and 16 years of iVolley in the Teatro Regio di Parma