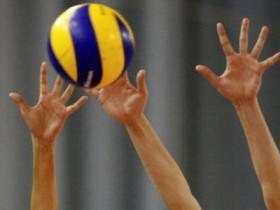 “I am pleased with the victory, but the team could have done better in this match. Falter at times, but hopefully our team will grow more and more. We cannot swing against any team, because any misstep could mean the loss of three points that will be very important at the begining, “said Joycinha.

The pointer Fernanda Garay, of Vôlei Futuro, and the opposite Lia, of BMG / São Bernardo, also had good participation. Each hitter scored 13 times.

The center Dani Scott also talked about the and despite the negative result, was keen to congratulate the group.

“Congratulations to the victory of Vôlei Futuro . They have a very strong team, and as for our team, we failed to decide the first set. Then we fell. But our team is growing as a group and also has to receive congratulations, “said the American girl.

With the end of the third round of tournament, Unilever follows the lead of the competition with 38 points. With the victory, Vôlei Futuro reached 35 points and ranked second on the scoreboard. On the third place appears Sollys / Nestlé, with 34 points.

In the fourth round of tournament Vôlei Futuro has Banana Boat / Praia Clube (MG) as an opponent. The game will be on Friday (10:02) at 20h, in the hall of Praia Clube in Uberlândia (MG).

BMG / São Bernardo receive Sollys / Nestlé (SP) in the hall Baetão in São Bernardo (SP), also on Friday at 19.30. The match will be broadcast on channel Esporte Interativo.

With the errors in serve from both sides the game started. The first point in attack won Ju Maranhão, scoring 2/1 for BMG / São Bernardo. Vôlei Futuro recovered and, in the first half, got 8/6. When the team of Araçatuba won 14/9,the  coach Jose Alexandre requested timeout. With a good service Fernanda Garay,of  Vôlei Futuro maintained good advantage: 19/14. In return, Katya, a setter of the BMG / São Bernardo, made good services and intensified the game at 19. The confrontation was intensified again at 25/25 and 28/28. An attack of Joycinha closed the set with 32/30 for the hosts.

After a very disputable set, Vôlei Futuro came second with a strong pace. The girls on their court won 4/0 and forced José Alexandre ask for timeout. The teamof Araçatuba continued ahead with the lead of 11 points: 14/3. The team of São Bernardo responded by scoring five times and reduced the difference to 15/8. But Vôlei Futuro went better and won the second set with 25/17.

BMG / São Bernardo, dropped in the third set, but an attack of Paula Pequeno rised the game and made the result evenl 6/6. The team of Araçatuba went ahead with 9/8. With a  good performance of Joycinha the opposite, the hosts won in a superior manner and finished the set with 25/19 and the match witsets 3: 0 in sets.

In the first game on Tuesday, Unilever had good performance of Valeskinha the center and defeated Mackenzie / Cia with 3: 0 in sets (25/21 25/20 and 25/20) at 1:19 a.m.. In the hall of Tijuca Tênis Clube, in Rio de Janeiro (RJ), Valeskinha stood out and received the trophy VivaVôlei, while the opposite of the  mining team, Ingrid, was the best scorer with 15 hits.

At home, in the hall José Liberatti in Osasco (SP), Sollys / Nestlé defeated Rio do Sul with 3:0 in sets (25/21 25/19 and 25/13),in the game that started at 1:15 a.m.. Three players stood out of the winning team. The pointer Jacqueline was voted best of the match and took home the trophy VivaVôlei. And Adenízia and Hooker shared the position of top scorer of the game with 12 hits each.

The SESI-SP also got a win by 3 sets to 0 in the third round of tournament. The team played at home, had good performance of setter Dani Lins, the owner of VivaVôlei Trophy, and defeated São Caetano partially with 25/23 25/19 and 25/15 in the game at 1:24 a.m. game. The pointer Soninha, of the winning team was the top scorer of the game with 23 hits.

The players that entered the game: Ana Tiemi, Clarisse and Ju Odilon

The players that entered the game: Ana Maria, Renata, Thais, Sthefanie and Aline

THE THIRD ROUND OF TOURNAMENT

STANDINGS AFTER THE THIRD ROUND OF RETURNO