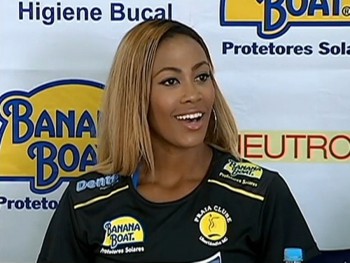 She signed a one-year contract with Praia Clube.

“I decided to play in Praia Clube because i heard that Praia is great club, with good players and structures. Also, city is beutiful. I expect our team to do well ” said Glass at presentation conference.

Kimberly was born on August 18th 1984 in Los Angeles and she is 191cm tall. She started her career at University of Arizona and the last season she played for KGC Daejeon from South Korea.