WGCHC M: Bernardo Rezende – “We came back 15 hours after losing”

Brazil could stand a late comeback by their opponents and edge Italy at the tie-break on Sunday to claim their third consecutive title - and fourth overall - at the FIVB Men's World Grand Champions Cup. Brazil bounced back from yesterday's defeat to Russia to add another honor to their resume. 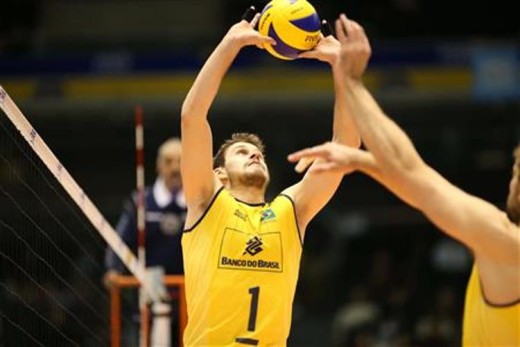 “There was great volleyball played today. I’m very happy that we won the tournament. Wallace and Lucas played well for us. It was a roller coaster of emotions for us after the loss last night. We came back 15 hours after losing and won today which is amazing. We have some new players in the team, but had good focus in the tournament. “

“Congratulations to Brazil. It is an honor to play in a tournament of this level. We have won the bronze medal. I am extremely proud today and for our effort in this tournament. We always have to consider the starting point of a project. We came here with young players and did well. We had moments of beautiful volleyball today.”

“We did it against a strong team like Italy. Our block, defense and counterattack were good. We had a chance to win in the third set but got nervous. Italy played well in the fourth set. Zaytsev was scoring a lot. I am very happy and proud of this group.”

“We are disappointed after coming back from 2-0 down. We were here to win all of our matches. We played a great game with new players that don’t have much international experience. We have to focus on the tiebreaks from now on because we lost all three here. I’m happy we are on the podium because we showed we can play with high level teams.”