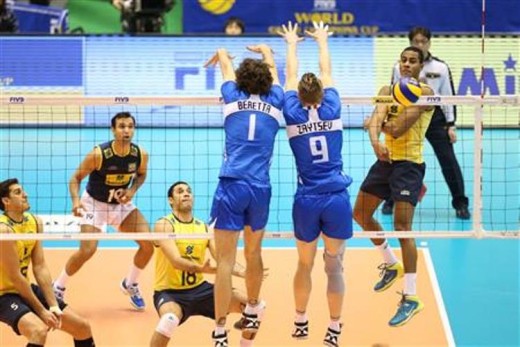 The victory improved Brazil’s record to 4-1, while Italy finished with a 2-3 mark.

The match marked the third time that Brazil and Italy have met in the World Grand Champions Cup and 51st overall. Brazil entered with a 30-20 lead all time.

Ivan Zaytsev was valiant in defeat, scoring 27 for Italy. Filippo Lanza, Emanuele Birarelli, and Thomas Beretta all chipped in with 13 each.

Coming off Saturday’s disappointing five-set loss to Russia, Brazil was aggressive from the start of the match and kept the pressure on early in the contest.

Italy fought back when it appeared it was on the verge of defeat in the third set.

Brazil was three points from victory in the third set only to see Italy come back and take five of the final six points to claim the set.

WGCHC M: Bernardo Rezende – “We came back 15 hours after losing”