BRA M: “I have an offer from Italy” admitted Bruninho

Bruno Mossa de Rezende, a.k.a. Bruninho, admitted that he received an offer from Italian club. 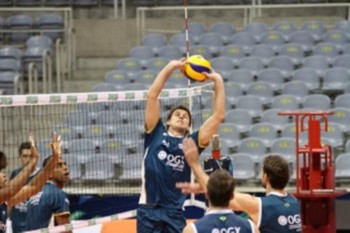 WorldofVolley has already written about Bruninho’s transfer to Modena, and Brazilian setter confirmed for local media that he could return to Italy:

“We are playing in difficult situation. All of us want to stay, but playing for free is impossible. We have received wages for only one month so far, and it is the middle of the season. Club is chasing sponsors, we will see what will happen. I have received already an offer from Italy, but I will wait because I really want to continue in RJX” said Bruninho.

Recall that RJX stayed without main sponsor and one major player as well, because Mauricio Souza signed with HalkBank. Will, Bruninho follow his steps…

TUR: Fenerbahce dominated in derbies, but trophies went to…

POL M: Do you know which club is most popular on Facebook