Once again Sada Cruzeiro have defeated their opponents in the semi-final match. In Belo Horizonte they have celebrated against Vivo/Minas after three sets. 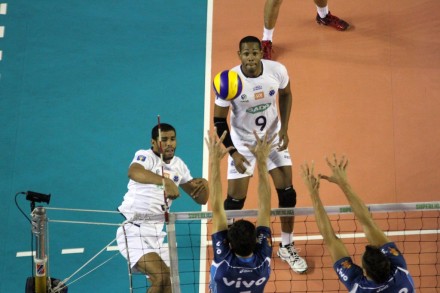 With this result, Sada Cruzeiro reached the final for the fourth consecutive time. The team coached by Argentine Marcelo Mendez won the title in Superliga 2011/2012.

Leal was a major contributor to the classification of the Cruzeiro team. The Cuban was named as player of the match with 12 points.

“Much more important than this award is a victory. It was a hard fought victory, but we managed to win at the court and it was a nice result. Especially because it was in the away match. I am very happy for another final” said Leal .

Results of the semifinals:

BRA M: Cruzeiro will play for the...