Brazil coach Jose Roberto Guimaraes announced his roster for the 2012 FIVB Volleyball World Grand Prix on Thursday a week before the side travels to Lodz, Poland to face Italy, Serbia and the hosts from June 8 to 10 in Pool D of the premier annual women’s volleyball tournament. 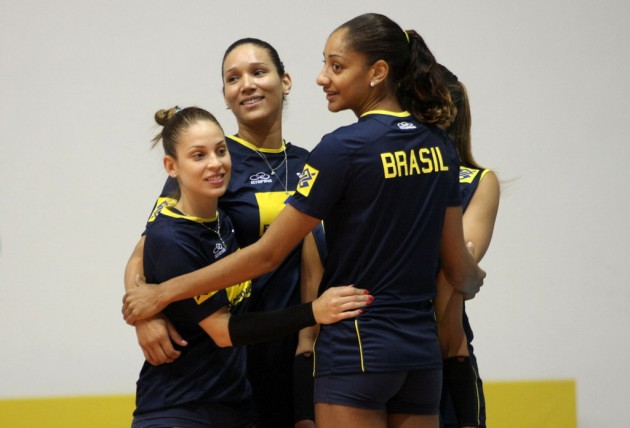 Roberto has decided to use a young squad, composed mainly by young players who shined in the Brazilian Superliga as he looks towards the London 2012 Olympic Games.

“We will work with two groups. These young players will have good challenges in Poland and then will play other tournaments, as the Yeltsin Cup and the Pan American Cup,” he said. “The World Grand Prix will be very important to everyone.”

Setters Fabiola and Claudinha and wing spikers Priscila and Natalia and Olympic champions Thaisa, Fabiana, Jaqueline, Sheilla and Fabi, will remain at Aryzao, the Brazilian Volleyball Development Centre in Saquarema, to continue training.

The first few matches of the World Grand Prix will also be useful to Mari, who missed the South American Olympic Qualification Tournament due to a shoulder injury as she looks to get in shape for the whole season.

“Mari did not play in the Olympic Qualification tournament and she needs to be on court now,” Roberto added. “She has recovered and I want to see her playing as an opposite. Paula, who played only a few minutes in Sao Carlos, will also have opportunities to play more.”

The FIVB Volleyball World Grand Prix will run from June 8 to 24 with the finals taking place in Ningbo, China from June 27 to July 1.

RUS W: Croatian Osmokrovic became the player of Dinamo Moscow for one season