Wallace de Souza needed to go “under knife” because his back injury was getting worse. 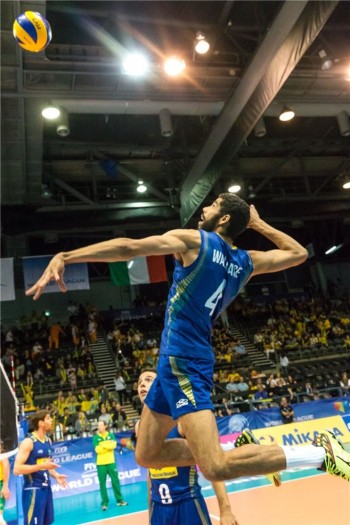 Brazilian fans know really well how much their team missed Wallace de Souza on the last World League Final-Six. Excellent opposite could not help his teammates due to back problems, and it turned out that the injury was more serious than it was firstly thought.

Wallace had to undergo a back surgery which will sideline him from volleyball for some time.

“I have had pain since the Final-Six in Rio. After couple of exams the doctors discovered a small hernia, which is common for professional volleyball players. But, the problem was that the pain was increasing even though I went to physical therapy. The pain was so strong that I could not sleep, so doctors determined that I need a minor surgery. Now I am calm, as doctors ensured me everything will be fine” said Wallace and added that he does not know when he will be able to return on court.

“It is hard to tell at this moment. I know that I will have to rest for the first 15 days and then I will start with physiotherapy.”

RUS M: Russia was not interested in taking Wilfredo Leon

POL M: Kubiak – “I have nothing against Leon playing for Poland, but…”