BRA M: Murilo – “South American Championship worth nothing to us…”

With less than a year until the 2016 Summer Olympics, the Brazilian national team isn’t in the best shape, as the Final Six in Rio de Janeiro has shown. 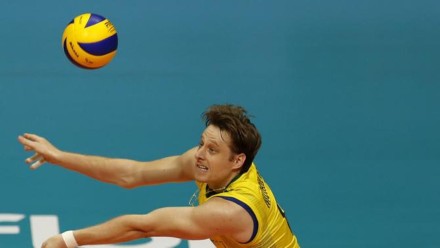 Prevented by the International Volleyball Federation (FIVB) to participate in the 2015 World Cup, a competition that brings together twelve best countries in the world and qualifies some to the Rio Olympics, the only preparation for Brazil will be the South American Championship (from September 29).

Murilo Endres, an owner of two Olympic medals, considers the continental tournament as weak preparation for the podium in the 2016 Olympics, which is the goal of Brazil.

“I think that the South American Championship brings nothing to us. We don’t know with which team Argentina will come… We know that Argentina is the only one that can play strongly against us in South America. The others are really very weak. It will be worth nothing… The World Cup would be a great test… We would play ten very strong games. We wanted to change what has happened in the World League,” Murilo emphasized.