Tandara Caixeta, the 2012 Olympic champion with Brazil, is the new reinforcement of Camponesa/Minas Tênis Clube for Superliga 2015/2016. 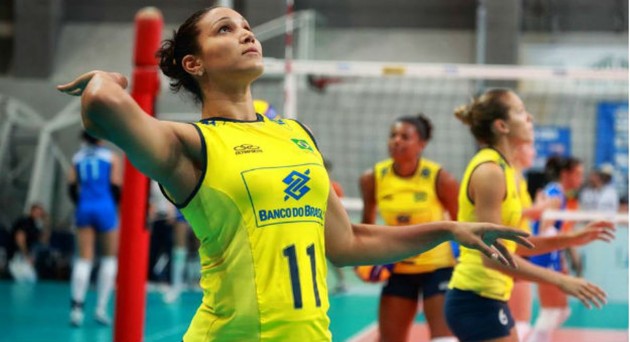 A 27-year-old opposite hitter will play volleyball again after being absent from the court due to pregnancy.

Tandara will be presented on Wednesday, as well as the entire roster of both, female and male team of Minas.

Last season, Tandara defended the colors of Dentil/Praia Clube and now races against time to regain fitness and get back on the court already in the early rounds of Superliga 2015/2016.

Besides winning gold medal at the 2012 London Olympics she took one more trophy with the Brazilian national team.

On a club level, she won one title, being among the best scorers in the national championship for many seasons.

Tandara holds the record of a highest number of points in a single game in Superliga. She scored 37 points in the season 2013/2014 while wearing the jersey of Vôlei Amil.