Olympic defending champions Brazil have won two matches in the tournament, both in five-sets, and are now in the uncommon position of walking on a tight rope without a safety net. 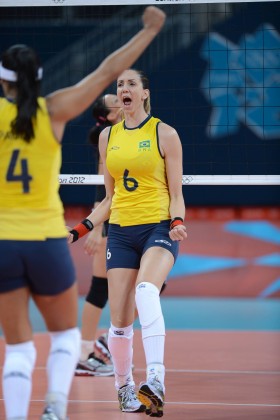 The much heralded Brazilian team of Ze Roberto Guimaraes, currently placed second in the world-rankings, are performing below their standards thus far and need to win this one against a Serbian team decimated by injuries to jump into the quarterfinals. Sheilla Castro and Thaisa Menezes were both at their best against China and Fernanda Rodrigues has been a crowd-pleaser with her offensive exploits coming off the bench. The South Americans have won the four matches contested by the two sides, with the most recent a five-set victory in the preliminary round of this year’s World Grand Prix.