Brazil and USA will be crossing their ways for the ninth time on the Olympic arena with the 3-1 win claimed in pool play by the US Americans having moved the count of the head-to-heads to 4 victories apiece. 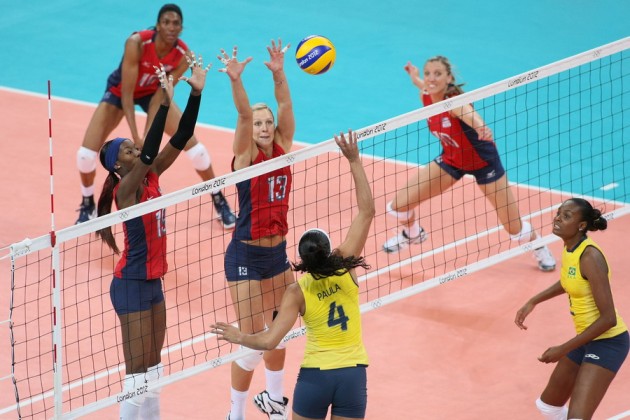 These sides recently stood out also in the final stage of the 2012 FIVB World Grand Prix held in late June in Ningbo, China, with USA eventually going for gold and the players around coach Ze Roberto settling for silver. While Team USA have impressed everyone in London with a display of great technical skills and self-confidence, conceding only two sets so far in the tournament to their opponents, Brazil gradually got momentum after the 2008 Olympic champions started out a little conservative in the prelims. The real turnaround came in the 1/4 final with Russia where Brazil stormed back twice from one set down and even saved six match balls in a breath-taking tie-break to eventually make it to the semis and rout Japan in straight sets there. Two different ways of playing and conceiving volleyball will highlight the women’s final of the 2012 Olympics, with diagonal players Sheilla Castro and Destinee Hooker likely to contribute a duel whose outcome may well determine the final fate of the match. Team USA have never won gold at the Olympics, with the best result being the silver medals claimed in 1984 and 2008, while Brazil have got a record of one gold and two bronze medals so far.