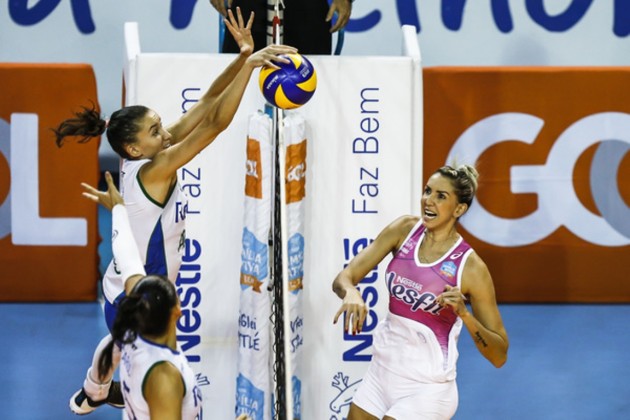 The victory of Rexona was marked by emotion. After coming out from the first set with their heads down, the Rio team, pushed by their home crowd, went for turnaround. The entrance of setter Roberta Ratzke was crucial to Rexona‘s triumph. By replacing American Courtney Thompson during the second set, the young setter improved ball distribution and helped Rexona win.

Receiver/outside hitter Natália Pereira wanted to use her and her teammates’ flaws from Game 1 as a fuel. She imposed power on the court, attacked, defended, cheered and led Bernardinho’s team to win with 21 points (1 ace, 5 blocks). On the other side, Ivna Nacimento scored 14 points while Thaísa Menezes had an outstanding 7 blocks.

Decisive game for advancing into finals will be played on March 28 with Rexona having home court advantage.

The best server in Playoffs of Champions League is ready to #WoVChat with you!