The queens of Brazil live in Rio! Rexona Ades have defended the crown in Brazilian Championship!!! 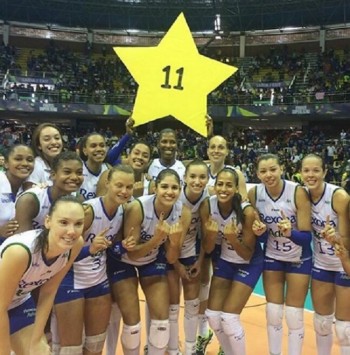 Rexona Ades and Praia Clube faced each other in the game for the title and glory… At the end, the reigning champions prevailed after 4 sets!

Rexona Ades have won their 4th consecutive title in Brazil, while it is the 11th national title in club’s history.

The championship crew from Rio have suffered only two defeats in the entire season! The got defeated once in the Regular Season and they suffered one defeat in the semifinal series against Osasco.

It was just an amazing journey for head coach Bernardo Rezende and his players!