The way before the end of Korean Championship, where he took title, Cuban giant Robertlandy Simón was on a wish list of many European and South American clubs. At the moment, he is very, very close to sign with one from South America. 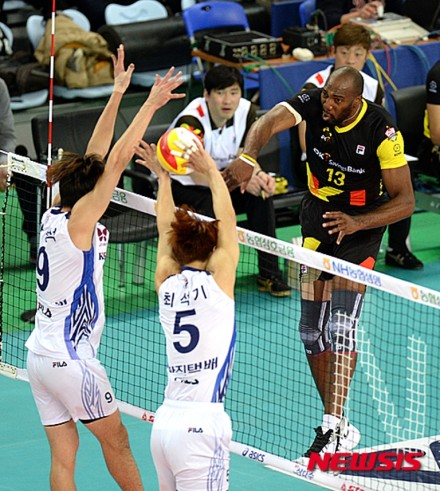 According to what Nalbert Betancourt (2004 Olympic winner with Brazil, MVP of 2002 World Championship…) said recently in an interview for one Brazilian TV station, and ivolleymagazine.it transferred, only formalities separate Simón from reinforcing Sada Cruzeiro Vôlei!

At the moment, the Cuban middle blocker/opposite is practicing with his former club, LPR Piacenza, which was only one among several teams that allegedly showed interest in him.

CL W: The new Queens are ready to be crowned

They just sell him around the globe like slave! Samte story with Cuban people, just 200 years after…