RIO 2016: Will you miss them? Female volleyball stars that will not compete in Rio

Despite the fact that performing at the Olympic Games is a life dream of all athletes and a matter of prestige, it’s inevitable that many stars miss it due to various reasons. 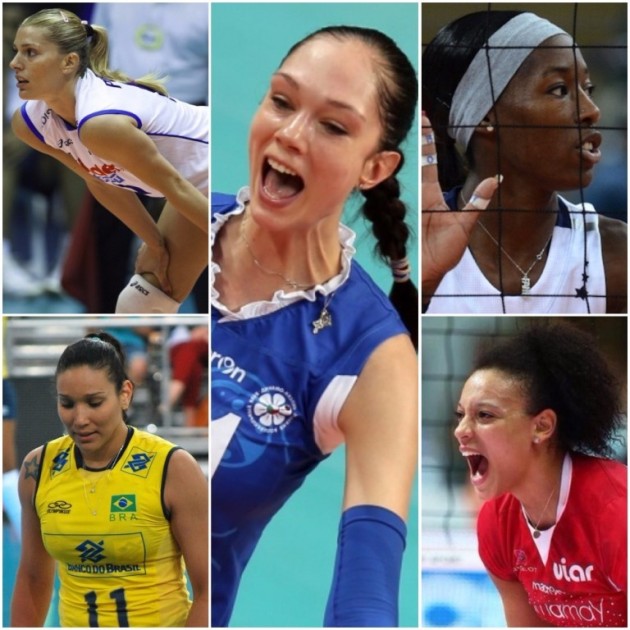 We reminded you on Men’s Volleyball stars which will not show up in the 2016 Rio Olympics, not it’s turn to do the same with female players by making the Top 5 in this category.

Legendary opposite of world volleyball and also Russia National Team retired from professional volleyball only three months before the Rio Olympics, leaving her national team with lower chances for gold medal. But, she left it with a rich legacy – 27 trophies in 20 years.

Unlike Gamova, Piccinini retired from Italy National team only and not from professional volleyball. The 37-year-old receiver and also a winner of 21 gold medals was not satisfied with the treatment from head coach Marco Bonitta who crossed her out from roster for the 2016 FIVB World Grand Prix, 3 months ago.

The news that Hooker might return to the US National Team for the 2016 FIVB World Grand Prix sounded like a bomb in May. Even a special contract on her returning to the national team after three years was mentioned but the US Volleyball Federation denied it.

It was a huge surprise when Brazil NT head coach Zé Roberto crossed out Tandara from the squad for the Olympics since he has taken only one opposite but he is the one to render an account to the Brazilian nation.

It’s rare to see a coach composing a final squad for some tournament, especially Olympic Games, sending it to the FIVB and than change it right afterwards. Italy NT head coach Bonitta did it and erased Diouf. And he did it on the day of departure for Rio which pissed her off.

Besided these five players, we should mention several other players which will not find their place in Rio: Camila Brait (Brazil), Nicole Fawcett and Megan Easy (USA), Evgeniya Startseva and Nataliya Malykh (Russia), Sarina Koga (Japan), Manon Flier (The Netherlands)…

Remind us on more names by dropping a comment to the article!

Obviously the one and only Logan Tom, already 4 time Olympian.. Unlike most of the others above

Yeah Okay, Loganis not in serious competition any more, above mentioned players are!