RIO 2016 M: Tetyukhin – „Athletes from other countries don’t like Russia“ 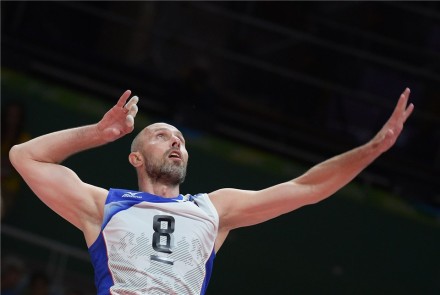 The „Zbornaya“ advanced to the 2016 Rio Olympics semifinal by beating Canada in straight sets but Tetyukhin looked back to some other, non volleyball things, after the match.

Since there are many rumors about it, the sports.ru reporter asked Russia’s captain if he felt on his skin a disrespectful behavior of other athletes towards Russian athletes in Rio Olympics. Recall that the International Olympic Committee (IOC) voted against full ban of the Russian athletes for the Rio Olympics despite it was proven some of them were previously using doping.

„It has always been like that. Thay do not like Russia. So be it. This is a familiar situation. But I have never personally met someone that was openly against us,“ said Tetyukhin.

RIO 2016 W: Jaqueline another player to retire from Brazil NT?

There is no phrase ‘ don’t like Russia’ in the original article. The news is vastly invented.