Logan Tom is finally in Unilever. Read the latest news about Coach Bernardinho Rezende, Sarah Pavan and volleyball in Brazil on Worldofvolley.com. 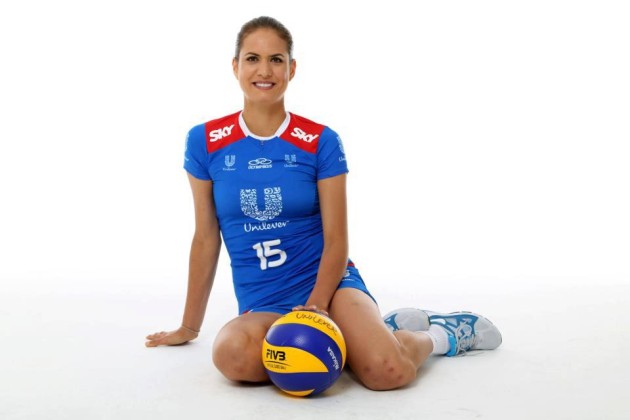 Logan is not the only foreigner on the team. Canadian opposite hitter, Sarah Pavan, has also joined Coach Bernardinho Rezende’s squad.

When she arrived the other in Rio De Janeiro, the 31 year old went straight to practice.

By the way, Logan was quite overwhelmed with the media attention that she had to ask one cameraman to go away while she was picking her nose on the treadmill.

Logan (who speaks Portuguese) politely asked the media upon her arrival to give her some space and that she will only speak in English since she was not that comfortable yet talking to them in Portuguese.

“Just understand her. She is not used to that attention. Logan just wants to be like every other player.” says Rezende.

Source says that Unilever staff wanted her to get some rest but Logan told them she’s ready to play. “Logan is not interested much in events organized by the team sponsors but and she will do it if she has to because it’s part of the job. She’s here to play volleyball and wants to remain focus which is important for the team.” adds the source.

Later on, Logan talked to the media with a million dollar smile on her face.

“Ten years ago I had my first experience in Brazil. A lot has changed. I changed also, people change in ten years. Volleyball is even stronger in Brazil now. You passes by the beach and get impressed with the number of people practicing this sport. With no doubts it is the second favorite sport in the country. I love Rio. I have many friends here. It is very comfortable for me to have come to play here in the city. In 2006 I came to visit, but it was fast, and now I will get to know it better. Volleyball is very strong, it is the Olympic City and has a very strong league.”

To read the latest news from Brazil click here