BRA W: Thaísa signs with Barueri – “Zé Roberto did a lot for me when I got injured”

A two-time Olympic Games gold medalist with the Brazilian Women’s Volleyball National Team, Thaísa Daher, officially committed herself to Hinode Barueri for the 2017/18! 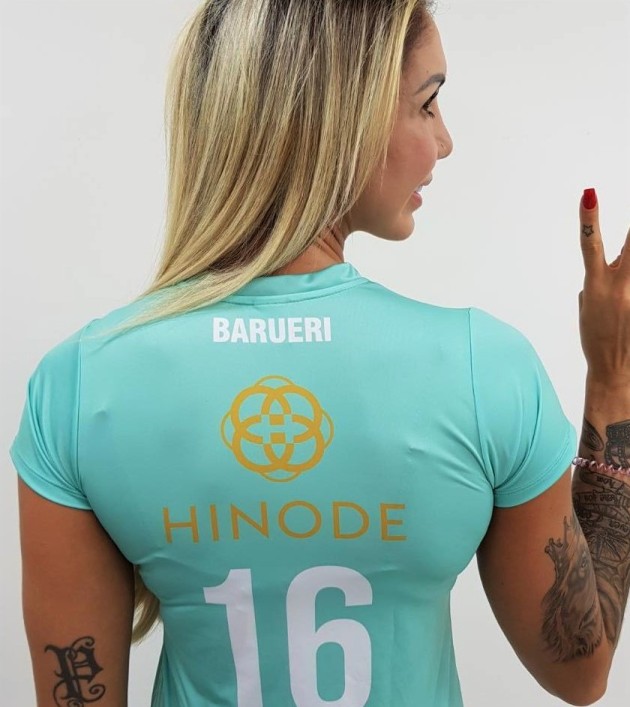 Barueri complemented already a competitive squad with a famous middle blocker Thaísa, who penned the deal for a loan with the Superliga newcomers. Thus, she fulfilled the promise that she gave to Barueri coach José Roberto Guimarães ‘Zé Roberto’ after finishing her rehabilitation for an ankle injury in the club’s training center.

Of course, none of this would be possible if the athlete did not get the permission of a club with whom she has a valid contract, Eczacıbaşı VitrA İstanbul from Turkey, to return to play home until the end of the season.

“Zé Roberto was the first to call me and support me when I injured myself in Turkey. He always remained close, contacted me, and did a lot for me, so it made a huge influence on my choice. And also, the fact of playing with him so many years in the national team. Now, we have the opportunity to play together in a club, which has never happened before. It is enriching,” Thaísa said upon officially becoming a member of Barueri.

She and the Pole Katarzyna Skowrońska-Dolata will be presented to Barueri fans tonight, before the Superliga game against Renata Valinhos/Country, while the third superstar that recently boosted Barueri, Jaqueline Carvalho, already made her debut, six days ago.

FRA M: Another club forced to hire medical joker early in the season – veteran Czech outside hitter in Rennes

BRA W: Molico/Osasco only step away from...