BRA M: Serginho – “Why I was never given opportunity in national team?”

At the moment, there are not many male volleyball players in Brazil with so many team's and individual titles on his account like Sada Cruzeiro libero Sérgio Nogueira “Serginho”. So, it sounds incredible he never got a proper chance to play for Brazil national team. 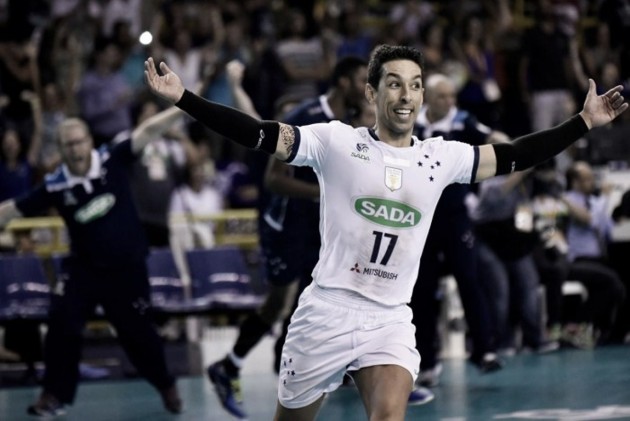 The actual rise of Sérgio Nogueira “Serginho” as a player started while he was wearing the jersey of Minas Tênis Clube (2000-2010) with whom he won the Brazilian Superliga three times and earned Best Receiver of the tournament award five times. But, it was not enough for a legendary Brazil national team head coach Bernardo Rezende to summon him, except for the 2001 FIVB Grand Champions Cup. After winning Superliga four more times, now with Sada Cruzeiro, and FIVB Club World Championship three times, as well as several Best Receiver and Best Libero awards locally and internationally, he was still not to the taste of “Bernardinho”.

The other Serginho always had the upper hand. And, even when he was not at the disposal of Rezende, Sérgio Nogueira “Serginho” was never an option to replace him. So, how come that a player with so many titles in his résumé never had an opportunity to play for Brazil national team, Estadão Esportes journalist Bruno Voloch asked a 39-year-old libero?

“I return the question. Why I was never given an opportunity in the national team with so many titles in my résumé?” Serginho said.

“What is the profile you need to have to be eligible to play for the national team? In my opinion, the numbers speak for me. On the other hand, each coach has a philosophy of work and free will to call anyone he wants,” libero answered the question if his profile did not please the former head coach Rezende.

“I’m ready. Renan (Dal Zotto) said last year the age will not be an obstacle for summoning, but nothing has changed. I was the champion of everything last season, and I continued to do so this season. I do not understand the criterion,” Serginho added and stated the rumors he might leave Cruzeiro at the end of the season are not true.