EUROVOLLEY 2019 M: Tillie – “They killed us at beginning of tie-break, it wasn’t understandable to me”

When you lose an important match in front of own crowd, it is a huge disappointment. Especially when you have the role of the favorites. The players of the French team left the battlefield at the AccorHotels Arena in Paris with their heads bowed after being beaten by Serbia in the semifinals of the 2019 CEV European Men’s Volleyball Championship. 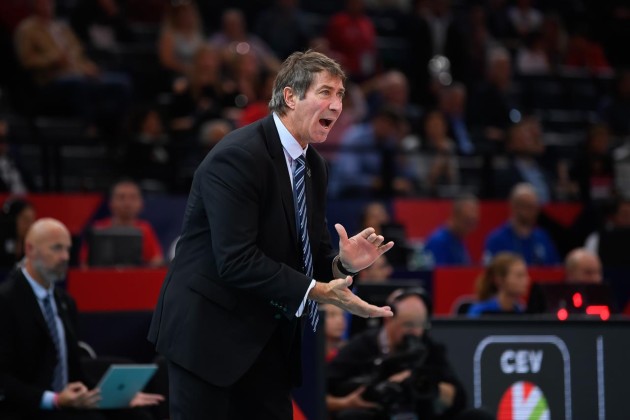 “It’s a big disappointment, we fought to the end and we collapsed in the tie-break. They ‘killed’ us at the beginning of the tie-break, it wasn’t understandable to me. They were much better than us in the attack. It’s a pity, because we played well at times… Anyway, it was a good fight against a very good Serbian team whose attackers showed good quality. We lacked a little variety in the attack, we played too much on the wings. Earvin (Ngapeth) was especially successful in the attack, but it would have been necessary that Stéphen (Boyer) was slightly better. It would have been necessary that we found a bit more our middle blockers, to serve better. We also had problems in the third and fourth set at the block/defense. When we started playing very well, it disturbed us, we have forgotten the game plan that we found in the fourth set, but later we were exhausted… They also have a very strong block, they touched all the ‘balloons’, they ‘smothered’ us a bit. Now we have a medal to play for, but I must admit that the task is not easy, we will have to beat two-time world champions,” France head coach Laurent Tillie explained in details what went wrong with his team in the match against Serbia.

EUROVOLLEY 2019 M: Kovač – “Everyone gave up on us, saying they have better libero, better setter…”