Serbia have swept the Netherlands in Round 2 of the 2020 European Men’s Volleyball Olympic Qualifier in Berlin (Germany). 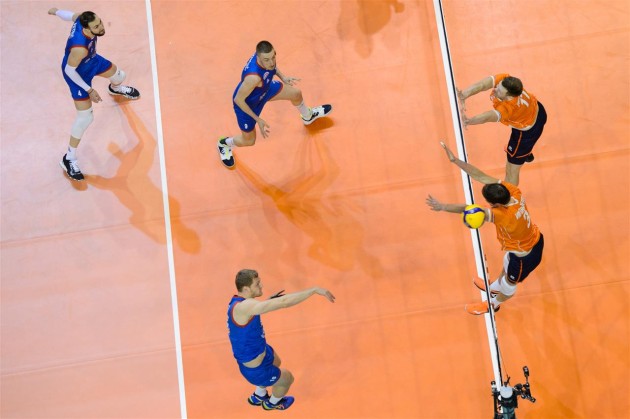 The European champions Serbia have learned their lesson from a defeat against France and, 24 hours later, they swept the Netherlands on Day 2 in Pool B of the European Olympic Qualification Tournament in Berlin: 3-0 (25-18, 25-18, 25-17).

This was a do-or-die match for the continental rulers because they would say goodbye to the Tokyo event in the case of a defeat. The Dutch team had a chance to extend the match to, at least, one more set as they had a 6-2 lead in the 3rd set but then, Serbia made a 9-0 run.

HILARIOUS – The crowd in Poland impersonate...