Turkey rule the European women’s volleyball in the under 19 category. 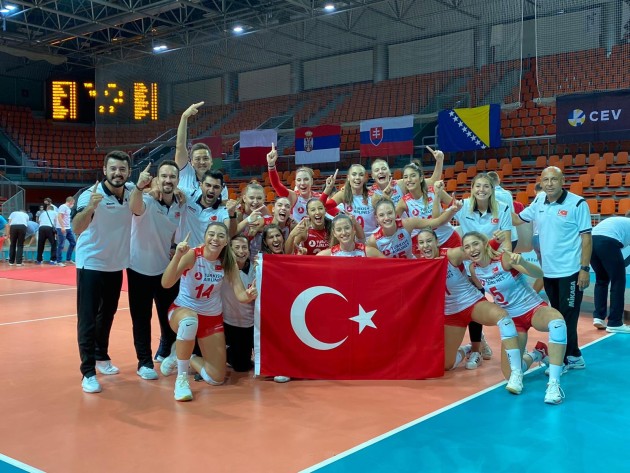 Thus, the national team of Turkey has a 100 % success in gold medal encounters in the continental tournament in this age category – two out of two. The first time they got crowned was eight years ago, at home in Ankara, when they beat the same rival in the final like today. As for Serbia, they played the final of the continental championship for the fifth time (the sixth counting the union of Serbia and Montenegro), and they were defeated for the fourth time.

The final duel in Zenica lasted an hour and 45 minutes. Turkey won the first set quite easily, but Serbia bounced in the same way in the second set. After showing a better game at the finish of the third set, Serbia took the lead of 2-1. Although Serbia had the advantage at the beginning of the fourth set, Turkey managed to take the initiative and play dominantly until the end of the match.

The Fenerbahçe Opet outside hitter İpar Özay Kurt was the top scorer of the winning team with 28 points, including 4 aces. She was named MVP of the tournament. In Serbia, the Jedinstvo Stara Pazova opposite hitter Vanja Savić collected to 20 points.

The national team of Belarus won the bronze medal as they beat France in four sets prior to the gold medal encounter.

EUROVOLLEY 2019 W: Netherlands too strong for...