Men’s Volleyball National Team of the Former Yugoslav Republic of Macedonia was on the verge to secure a spot in the additional qualifications for the 2017 CEV European Championship. 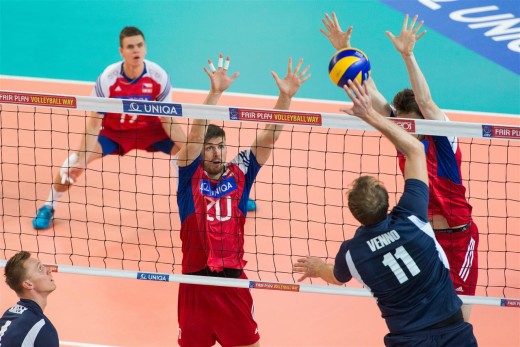 Macedonia defeated Romania in the last round of the pool stage (Pool F), on Sunday, and settled at the second place in the EuroVolley Qualifier which would book them a ticket to the additional qualifications (only pool leaders claim straight qualification) in case Czech Republic beat Estonia at home. But, Estonia won 3-0 and thus, pushed Macedonia down on the standings and promoted themselves for the additional qualificiations.

Macedonian Volleyball Federation is sure that its men’s national team was damaged in this case because Czech Republic (who previously secured pool leadership) played against Estonia with a second line-up.

So, leaders of Macedonian VF sent a letter of protest to the European Sport Organizing Commission of the European Volleyball Confederation (CEV) in which they complained about everything they had seen in the last match of EuroVolley Qualifier. 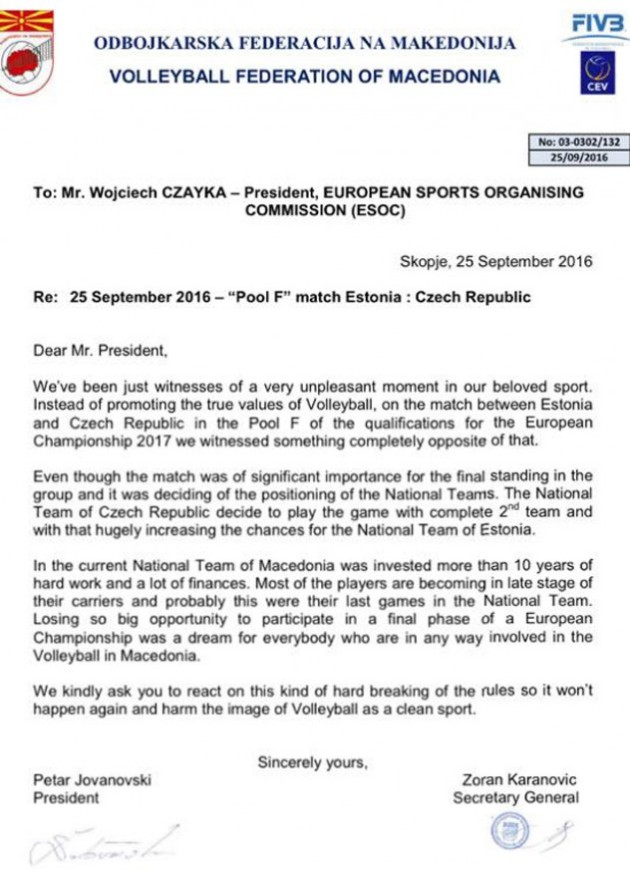