The 2017 edition of the CEV Volleyball European League will feature 12 and 7 teams in the women’s and men’s competition. 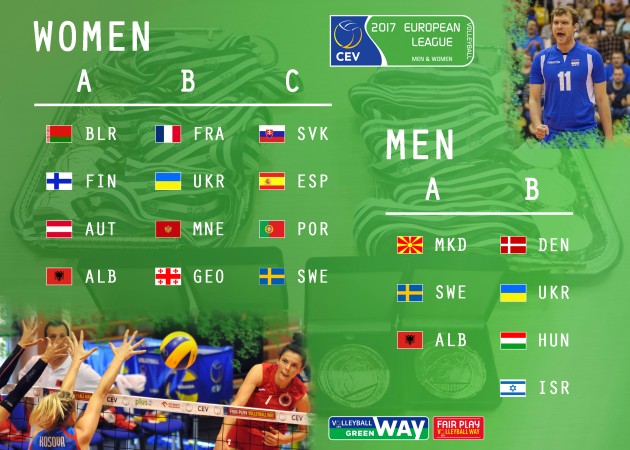 A total prize money of € 150,000 is available for the teams participating in the 2017 CEV Volleyball European League.

The pool composition for the League Round was announced on Thursday morning after the participating teams were positioned based on the latest CEV European Ranking for women’s and men’s ‘senior’ national teams and distributed using the serpentine system.

The Final Four tournament will take place in Denmark on July 1-2 (dates TBC).

If no National Federation comes forward to host the women’s Finals, the competition will continue with home and away games until the eventual winners are crowned following semis and final matches.

BRA M: Renan – “I’m sure Rezende will help me out”