There was suspense until the last round of Main Phase of the 2017 Women’s Volleyball Champions League in regard to Playoffs 6 participants. There were two vacancies after Eczacıbaşı İstanbul secured their spot, earlier today... 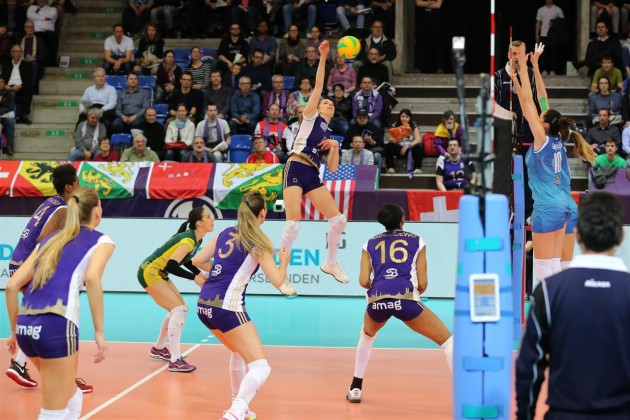 Swiss champions Volero Zurich and rookies in the tournament, Liu Jo Nordmeccanica Modena from Italy, are fifth and sixth entrant of the knockout stage. Both secured Playoffs 6 superbly, by achieving straight-set wins.

Volero had an easier job, facing Russian Dinamo Krasnodar in Pool B, prevailing 25-18, 25-23, 25-22 with 14 points from Russian middle blocker Ekaterina Orlova of which 7 were blocks and 3 aces! Viktoriya Chaplina noted 13 for Krasnodar. Swiss side has qualified for the next stage as a second-placed team in its pool.

In Pool A, Modena downed Polish title holders Chemik Police, surprisingly easy, to claim top spot! Both teams had equal chances to advance to the Playoffs 6 but Chemik players have obviously spooked by this opportunity and let their rivals to run them over, partially 25-13, 25-18, 25-22. Caterina Bosetti highlighted Modena with 12 points while Katarzyna Zaroślińska had 11 for Chemik.

CEV reveals name of one co-host of Men’s...

CEV unveils schedule for next EuroVolleys

What did Nikola Grbic say about Maxim...