EUROVOLLEY 2017 W: We have the first official national team roster for EuroVolley 2017 – Italy

The head coach of the Italian Women’s National Team, Davide Mazzanti, has chosen the roster for the 2017 CEV Volleyball European Championship in Azerbaijan and Georgia. 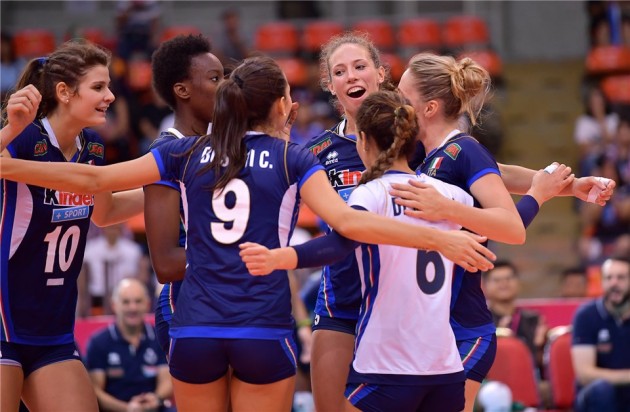 After giving the opportunity to all players summoned for the preparations for EuroVolley 2017 in three friendly games against Azerbaijan, Mazzanti composed a 14-woman list for the tournament which will be held from September 22 to October 1.

Italy will play the Continental Championship without setter Ofelia Malinov, who sustained an injury (Carlotta Cambi took her place), but also without Anastasia Guerra who competed in the recent 2017 FIVB World Grand Prix and was at the preparations for EuroVolley.

Valentina Diouf, another player that conducted preparations and who was called back to the national team after a year, once again fell out from the list for a major tournament.

Although there is no official explanation, Miriam Sylla was likely ruled out of Mazzanti’s list as she will have to battle with a positive doping test.

The Italian NT roster for the 2017 CEV European Championship:

POL M: Kurek about his future in the national team – “I’m leaving all options open”